What definition can we give to the back-end? It’s the engine of the website that consists of different parts related to the server, the database, and the app. Lots of tech specialists associate it with the root of the site. Despite the definitions, the back-end is still one of the most important parts of web development. Therefore, technologies of the backend that will be in demand in 2021 can impact the whole industry. We have prepared the list of top backend frameworks that have the necessary capacity to become increasingly popular this year.

Node.js is appreciated by the community of the developers. It can be run outside the browser and well-known as one of the most popular technologies. Due to the high level of performance supplemented by consistency, Node.js has become an efficient instrument for building different kinds of apps, including web and video streaming. Average full-stack developers can use Node.js for the front-end and Javascript for the back-end.

Express is the highly demanded backend web development framework for Node.js. It helps to build apps easily and quickly. Developers use it to create Restful API’s that accept requests and send suitable responses.

Let’s find out why Express is highly valued among beginners and experienced developers. There are various reasons for this, namely:

The vast set of frameworks and libraries, simplicity, and versatility turned Python into one of the most popular programming languages. Django is well-known as a high-level framework for Python that brings together various libs. Developers can use it to create an efficient app because the framework is suitable for almost any project.

The advantages of Django are:

PHP is a backend scripting programming language that can be used both for creating websites and apps.

Web PHP framework Lavarel, as usual, serves for the development of apps. Due to its flexibility, features, and convenient tools, Lavarel will become one of the most efficient and popular frameworks in 2021. It’s both fast and simple to use Lavarel.

The creator of Lavarel is Taylor Otwell. The syntax of the framework is considered to be elegant and expressive.

Among the main possibilities and features of Lavarel you will find various items:

Programming language Ruby is still in high demand among developers who create web applications and realize another set of various tasks. It’s slower than Python but also well-known as an interpreted language. Ruby is one of three of the most famous languages for the backend. Due to advantages, lots of companies, including Airbnb, Fiverr, Github, use Ruby for their projects 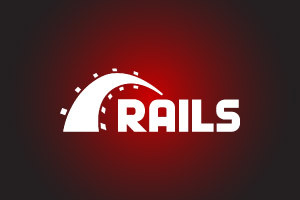 Ruby on Rails is a server-side web app framework that was written with the help of Ruby. It was presented in 2003 and written by David Hansson. The main aim of the framework is to simplify the process of website and application creation. Developers are fond of it because Ruby on Rails reduces time spent on standard tasks like a building of form, menu, or table. They just choose the out-of-the-box solution that is reusable here. Therefore, developers do not waste time on building a website or app from scratch.

Speaking about the reasons why Ruby on Rails is in high demand among companies from different industries, we should mention that this framework has obvious advantages, namely:

Of course, like any other framework or programming language, Ruby on Rails has disadvantages. For example, not all web hosting providers support RoR apps. Anyway, it’s still possible to find a reliable hosting provider. It means that this peculiarity won’t be an obstacle to prospering of the framework in 2021-2022.

This framework consists of libraries and tools that help to build amazing web applications. It works on OOP that helps to reduce coding. Also, ASP.NET Core is well-known as the cross-platform, high-performance framework that is suitable for building efficient apps.

This framework for PHP is highly regarded due to its high level of organization, wide collection of elements, and effectiveness. It relates to open source PHP platforms and includes different libraries that are reusable, helping to carry out the standard set of tasks.

An overview of disadvantages shows that documentation of CakePHP is not comprehensive enough. But it’s not a big problem if you choose the right definitive guidelines.

Flask is a lightweight Python framework. It’s usually interpreted as microframework. It means that this framework enables us to choose needed libraries and tools. There is no database or other components that serve for the execution of basic functions.

The presentation of Flask happened in 2004. The basics of the framework includes Jinja2, Pocoo projects, and Werkzeug. A lot of developers do not perceive Flask as a serious framework with any prospects. Anyway, it has advantages that help to prosper:

Phoenix is perceived as a framework that is similar to Ruby on Rails. It’s a kind of server-side framework that is built on the programming language named Elixir and includes both generators and migrations. Among the advantages of Phoenix we should mention the possibility to build scalable and highly efficient web apps with its help. The framework provides the needed level of productivity and performance.

This Node.js framework helps to build efficient, scalable, and reliable server-side apps. Developers can include any third-party module while using Nest.js. It can support various databases and can be easily extended with the help of additional libraries. Blocks in Nest.js are built with the help of modules, providers, and controllers. Modules help to organize the code in the most appropriate way. Providers that are also known as services serve to abstract any logic or complexity form. The incoming request is handled through the use of controllers.

Among the main advantages of Nest.js are:

Nest.js is appreciated by the biggest companies all over the world – from Adidas to Decathlon.

The list of TOP backend frameworks in 2021-2022 should include the technologies that are mentioned above. Besides them, good opportunities open to other frameworks, namely: JHipster, Spring Boot, and hapi.js. Will they be able to hold the lead through the backend development? Only time will tell.

We use cookies to ensure that we give you the best experience on our website. If you continue to use this site we will assume that you are happy with it.OkPrivacy policy